You are here: Home / Archives for mountain bike 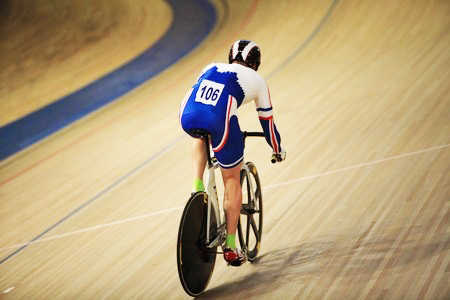 We have  become a nation of bike riders. There has been a consistent increase in the number of cyclists in the country since the beginning of the millennium. It is not just the twenty-somethings either. People of all ages are getting out and about on their bikes. Whether for leisure, commuting, fitness or sport everyone from high school students to busy executives to retired seniors are strapping on helmets and pushing pedals.
This summer, the Pan-Am 2015 games are taking center stage and with the building of the brand new state-of-the-art Velodrome in Milton, avid cyclers are not only anticipating the thrill of watching the competition but with access to velodrome facilities people are trying their hand at track cycling.  If you have an interest, there are already lessons available for anyone curious about this sport which has now become accessible to us in the Southern Ontario area.

For those of us with a cycle enthusiast in our family, this means more sports gear and a new bicycle to consider and store as well.  Yes, the road bike purchased last year will not work for the sport of Track Cycling.

How Does Track Cycling Work

Riders will need a track bike with no brakes and fixed gear.  It is designed for racing on a track at a velodrome. The track is a banked wooden track so the bike is  lightweight, aerodynamic for racing and high gear.  These professional  riders are reaching speeds of 80km/hr while many of us are cycling at 20km/hr on the road.

Track biking is both a team and an individual sport and has its own set of unique rules and events. The following is what you can expect to see at this year’s Pan-Am games.

For the Pan-Am games there are three types of sprinting events:

The endurance event for the Pan-Am games involves two teams racing at one time. The teams of four riders begin on opposite sides of the track and the race is completed over a distance of four kilometers. A winning team is declared when one team catches the other or whichever team finishes in the fastest time.

The combined cycling event for the Pan-Am games is called the Omnium (which is Latin for “belonging to all”). In this competition, cyclists compete in a series of six events over the span of two days which include:

If all of this makes you want to try out track cycling, there are already lessons offered at the Velodrome in Milton .  People are also thrilled at the opportunity of all-year training. With the building of this facility, Canadian cyclists no longer need to worry about the weather.

What Do I Need for Track Cycling?

You’ll need a fixed-gear track cycle and  a body hugging skin suit as well as an aerodynamic helmet all in an effort to reduce drag and get every little bit of advantage out of drafting behind team mates while on the track.

Fixed gear means there is no coasting on this bike.  The pedals are attached to the crank set so if the bike is moving so are the pedals.  If we want to travel 10km then we will be pedaling the entire 10km. Think back to riding your first tricycle around the neighbourhood and you get the idea. There has also been a rise of other fixed gear bikes as city hipsters are bringing back retro no-gear bikes and riding them as commuter bikes. Track bikes are little more complicated but the basic idea remains the same.

In addition to the lack of coasting, these bikes have no brakes, as streamline design is more important on these wooden track speedsters. Therefore, stopping is different than on a regular road bike. There are two ways to stop on a fixed gear bike.

Surprisingly, with minimal  technology, the track bike raced in a velodrome is still a bit heavier than a road bike even though,  you would never see a spot to put a water bottle. In fact, water is not allowed on the wooden racing tracks.

How to Store Your New Bike 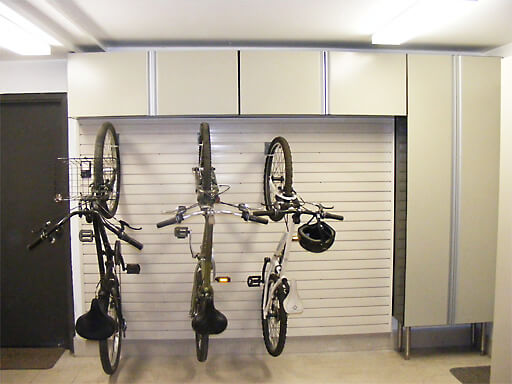 Chances are that if you (or someone in your family) has purchased a brand new track bike, there are already a number of bikes in the garage. No doubt you have a mountain bike, a high-end road bike, a leisure bike and even a few bikes for the kids. Fortunately, there are innovative solutions to your bike storage issues that keep your wheels secure and easy to access and still leave room for the car and lawn mower.

The best bet is to talk to an expert who can evaluate the space you have, the bikes you need to store and the ease of access you require. They can help you use both the vertical and horizontal space in your garage to ensure you have enough room to store the entire family’s bikes, no matter how many that may be.

It should be an exciting summer for all athletes, but especially for the cyclists. The Pan-Am games are bound to rejuvenate the sport of cycling and the Milton Velodrome just may change the way Ontarians think about biking. Just ensure that if you take up track cycling you know the rules, purchase a great bike and store it securely.