You are here: Home / Garage Interior Design / Connect with Nature and Winter Solstice

The Winter Solstice marks the day with the shortest amount of daylight and the longest night of the year on December 21st.  After the Winter Solstice, the days get longer and the nights get shorter.  People from around the world recognize and celebrate this day with light and fire.  Sounds a lot like what we do for Christmas and how we decorate our homes and garages with lights and lit ornaments.

Many people from around the world celebrate the mid-winter time of year whether from the Northern or Southern Hemisphere.

A Variety of Celebrations for Winter Solstice 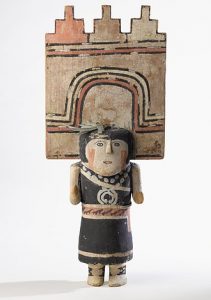 The focus of the Soyal ceremony celebrated by the Zuni and Hopi Indians is meant to bring back the sun after the long dark winter.  A prayer stick called the Paphos is used to bless the community including homes, animals and plants.  The ceremonies represent purification with dancing and gift giving including Kachina dolls representing the spirits of the caves within the mountains.

The Yalda Night is a celebration of December 21st by the Persians marked by family gatherings where people eat, drink and read poetry.  Fruits and nuts are savoured especially red ones such as pomegranate and watermelon because the colour symbolizes the light of dawn and the glow of life.

The Yalda Night represents the longest night and the initial night representing the forty days of the three month winter after this night.

The Inti Raymi is a celebration of Peru’s Midwinter which begins June 21st and gets celebrated on June 24th because the Inca believed that the sun stayed in the same place for 4 days.  Peru is in the Southern Hemisphere where winter is the opposite season from our celebrations here so instead of a December celebration of Winter Solstice, they have their midwinter in June.

The Sun God was revered by the Incas which is where the celebration originated and today, the Peruvians continue its tradition.

The Saturnalia is an ancient Roman Celebration which is most closely linked to our modern day Christmas celebrations.   Saturnalia was initially celebrated on December 17, 2017 but then extended to seven days ending on December 24, 2017.  It was liveliest celebration of the year where people filled the streets with Mardi Gras-like celebrations while all work and business is suspended. Also, social norms and moral restrictions are lifted.

There was gift giving to children and the poor.  Especially, gifts of light or “phos” such as candles were commonly given.  Then, on Roman New Years (January 1st), people decorated their homes with lights and greenery.

It’s easy to see how these traditions are closely linked to how we celebrate Christmas today.

When we’re celebrating long days here in the Northern Hemisphere, the researchers who inhabit the Antartica are living through long dark periods.  They celebrate with special meals, films and even handmade gifts.

St. Lucia’s Day is celebrated in Sweden, Norway and parts of Finland on December 13th honouring St. Lucia who brought food to poor Christians.  The day marks the beginning of Christmas.  It is a celebration to bring light and hope to the last dark days of winter.  Food is shared and served.

In earlier times, the Norse celebrated the winter solstice with large bonfires to ward away evil spirits and to alter the path of the sun.  St. Lucia was incorporated after the Scandinavians converted to Christianity around the year 1000.

This is translated as “the extreme of winter” where the nights are longest around December 22nd.  It is to celebrate the return of longer days, more light and therefore, greater positive energy as part of the yin yang of dark and light.

As part of the festivities, families gather together to have a lavish meal especially to nourish the body and soul to prevent frostbite and other ailments of the cold winter.  Foods such as Tang Yuan or rice balls and dumplings filled with lamb or other meats are eaten.

How We Can Celebrate Winter Solstice

Here are some of the ways that people celebrate the season which were born out of the Winter Solstice:

Winter Solstice in Our Neighbourhood 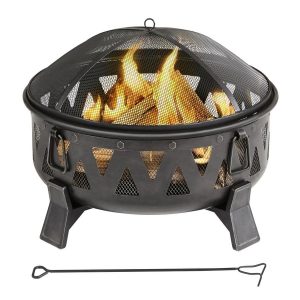 Each year, Kensington Market in Toronto has a Winter Solstice celebration.  Every year, there is an exceptional show of Fire Breathers, spinners and other performers lighting the night sky.  Handmade lanterns, giant puppets, stilted dancers and eclectic music are all part of a lively night of cheer and festivities to bring in the start of longer days and more light.

In our own neighbourhoods, we can host our own special celebration by running our Christmas lights and playing festive music.  Open up the garage for neighbours to gather and enjoy a hot cider or hot chocolate.  Have a small adobe or enclosed fire pit out front on the driveway or front lawn so people can warm themselves around a source of light traditionally used to celebrate the Winter Solstice.

And, if your garage is not organized enough to host a small neighbourhood gathering, our garage renovation specialists are always here to help you make the upcoming year’s festivities a reality.